Book Reviews – Charlie and the Chocolate Factory – Best story book for my daughter, my son – ALL ABOUT REVIEW

Book Reviews – Charlie and the Chocolate Factory – Best story book for my daughter, my son

The book has two powerful combination that will interest any child reader – chocolate and story. What can be better than this alchemy?

Charlie And The Chocolate Factory is one of the must have book for any kid.

The hero of the book is Charlie Bucket. His family is so poor that they can barely afford food, let alone chocolate.

However, every year during his birthday, Charlie receives a chocolate bar from his family as a gift.

Willy Wonka, the famous chocolate maker’s factory is within sight. For the past 10 years, the factory has remained closed to the world. 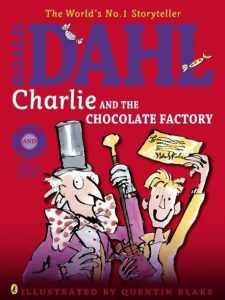 A sudden announcement in the newspaper generates excitement in that town. The announcement from Wonka says that the factory will open for a private tour. Although only for five children.

But there is a rider. The 5 children will get an entry only if they possess what is called the Golden Ticket. These tickets are hidden in the chocolate bars. No one knows which bars contain the tickets.

Our hero Charlie has little hope. His only access to a chocolate is through a bar which he receives during his birthday.

In the days that follow, he reads newspapers of children who have found the Golden Tickets.

Meanwhile, Charlie discovers a dollar bill on the sidewalk and uses it to buy two chocolate bars. Incidentally, the second bar contains the last and the fifth Golden Ticket. The ticket says that the children can bring one or two of their family members to look after them.

Charlie and his Grandpa Joe go to Wonka’s factory the next morning.

The series of excitement that follow in the factory is something every child will enjoy to read and find out.

Go ahead, buy this wonderful story book and take a tour of the Wonka Chocolate factory with your kid.

Subscribe here to get updates on interesting deals for your child

Introduce yourself and your program
Your information will *never* be shared or sold to a 3rd party.